Representative Gene Ward (R-Hawaii Kai – Kalama Valley) introduced legislation to increase voter turnout in the state of Hawaii, which in the last election was the lowest in the nation.

“We’ve slipped to such a low-level of voter turn-out that only about 32% of eligible voters determine who our leaders will be. It may just be time to go “down under” for some lessons from Australia where you are fined for not voting; in my bill it will cost you $100 to skip your vote on election day,“ Ward explained.

Voting has been compulsory in Australia since 1912 and appears to have reached about 94% voter turn-out in most elections. For Americans the Australian model has been rather controversial; major arguments for and against compulsory voting are:

In Ward’s proposed legislation, people who fail to vote are given the opportunity to be excused from voting and not be fined $100 for not voting. 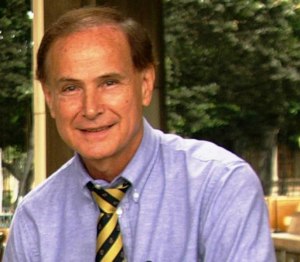 “My intent is to get Hawaii back into the voting booth and is the primary reason I’m taking this Australian model into our legislature for discussion,” Ward concluded.

Hemp is all business.  It is grown for food and hundreds of other uses. Hemp contains very little of the chemical THC. Hemp can be used to make just about anything: rope, paper, plastic, clothing, shoe polish, car parts and even dog chew toys — and there’s more. The Department of Justice says it’s reviewing the legalization initiatives approved in Colorado and in Washington state. For now, the United States is the only industrialized country that bans hemp.

A new law allows the University of Hawaii to establish a two-year industrial hemp remediation and biofuel crop research program.

On Wednesday, the opening day of the 2015 legislative session, Hawaii will join the U.S. Capitol and four other states in having flown an American-grown and -produced hemp flag.

State Rep. Cynthia Thielen, a Republican who has long advocated for hemp use, is sponsoring the local flag-raising and will borrow a flag from Colorado hemp advocate Michael Bowman.

Bowman, according to a press release from Thielen’s office, enlisted the help of area companies — including a Colorado hemp farmer — to make the flag. Rep. Cynthia Thielen and a flag made of hemp.

The flag is said to have “a vintage feel to it which appears to be a nod to America’s hemp growing founding fathers and the many original flags that were made of hemp.”

Thielen’s office adds, “This durable flag will be flying high.”

On a related note, Maui “is slated to become the first island in the state with a home built using industrial hemp,” according to Maui News.

Representative Andria Tupolda makes Kiawe Energy Bars with Vince “Kana’i” Dodge, known on the Wai’anae coast by most kids as “Kumu Vince” from ‘Ai Pohaku.  Milling the Kiawe Bean into diabetic friendly, sweet flour they share various recipes you can use with Kiawe flour.

It was a giant step in the right direction when DOE revised Regulation #2210.1 in June.  Starting with the 2014-15 school year, parents must affirmatively sign an opt-in form to have their children to participate in sexual health education.  This was a positive change, given the public outcry after community members spoke out against the many troubling aspects of the human research project called “Pono Choices”.  Whereas the new policy recognizes and strengthens the role of parents in their children’s education, the old policy was just the opposite – students would be subjected to whatever sexual health education program was being taught in their classroom, unless parents took the time to write a letter notifying the school that they did not want their child to participate.  In other words, it was opt-out, not opt-in, which requires more thought and active participation from parents.  Even the DOE belatedly agreed stating in a September letter, “The DOE strengthened the role of parents in this decision by changing its policy from an opt-out to an opt-in.”

This new and better approach has hardly taken hold, but the State Legislature’s Keiki Caucus is already planning to attack it. Keiki Caucus bills are intended to advocate for children and youth, and have merit – but two bills proposed for 2015 are an affront to parental rights and require greater scrutiny.  The first bill would undo the DOE’s new “opt-in” requirement specifying that sexual health education must be provided in all public schools – even elementary schools – but forces parents to “opt-out” via written request if they do not want their child to participate.  This is a disappointing development, and disrespectful to parents.

The second bill would establish a “Safe Places for Youth Pilot Program”.  I voted against the bill in 2014 because of its potential for misuse and its clear threat to parental rights.  The bill would give “youth in crisis” ages 14-20 a network of “safe places” to receive counseling and social services.  But some provisions are deeply disturbing.  While well-intended, the simple fact is that the counseling and services (which address subjects like pregnancy prevention, suicide, and tobacco/alcohol abuse) might involve sensitive subjects that parents would rather address directly with their children, rather than rely on a complete stranger.

Also, the bill’s definition of “youth in crisis” is quite broad and includes minors having “problems at home” (read: any child mad at mom and dad because they must be home by 10:00 PM and can’t smoke pot).  And while minors under age 18 are usually considered too young to consent to services, a service provider participating in this program would be excused from obtaining consent from the minor’s parent or guardian. The provider could ignore the parent or guardian’s refusal to consent, if for example the minor simply alleges that he/she would feel “unsafe” if forced to return home immediately, and the provider believes the minor.  Parents everywhere should be concerned, especially since the program would require service providers to report suspected child abuse or neglect to authorities, and would house the minor elsewhere.  Make no mistake, this undermines, not strengthens parental rights.

Today, more than ever, young people need the stabilizing influence of their parents. As a father who has raised 8 children with my wife of nearly 30 years, I strongly urge parents and concerned community members to contact their legislators, understand the ramifications of these proposed bills, and prepare to testify at the Legislature if the bills move forward.  Anyone needing assistance tracking these bills may contact my office at repmcdermott@capitol.hawaii.gov.