Senator Will Espero represents the 19th Senate District, which encompasses ‘Ewa Beach, Ocean Pointe, ‘Ewa by Gentry, Iroquois Pointe, and a portion of ‘Ewa Villages. He currently serves as the Chair of the Public Safety, Intergovernmental, and Military Affairs Committee, and as a member of the Committees on Transportation and International Affairs, and Ways and Means. He also serves as Majority Floor Leader.

Representative Thielen has served District 50, Kailua and Kaneohe, as State Representative since 1990 and served as Minority Floor Leader from 1992 to 1997. Currently she is Assistant Minority Leader and is the ranking member on the Energy and Environmental Protection Committee, the Water, Land and Ocean Resources Committee and the Judiciary Committee. 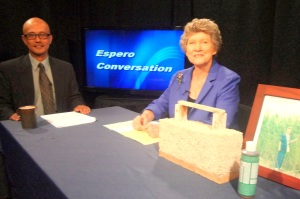